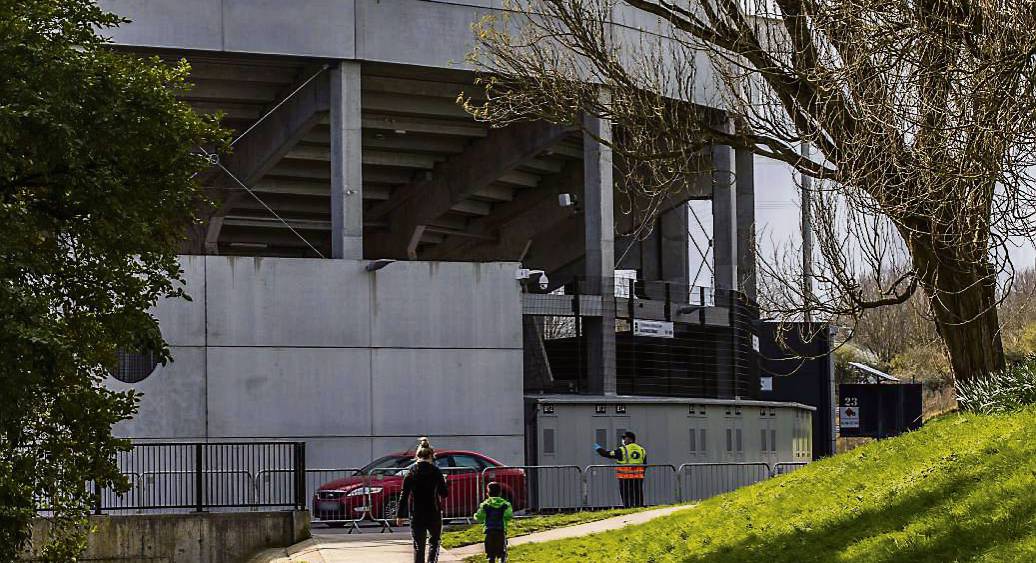 Staff at the country’s largest Covid-19 test centre have cleared their testing backlog, but are gearing up for a busy week.

It follows the resumption of testing at Páirc Uí Chaoimh in Cork yesterday at the start of what the health chiefs have described as a crucial week in Ireland’s battle against the deadly virus.

Only a handful of people attended their swab sampling appointments at the stadium yesterday, but the HSE said it expects busier days ahead as testing in labs ramps up again following the securing of a special reagent used in the testing process.

Páirc Uí Chaoimh was set up as Ireland’s largest coronavirus testing facility on March 22, with the space and resources to be able to conduct and process up to 1,000 individual swab samples daily.

The swabs are then sent to labs for analysis.

However, while hundreds of people attended for their GP-referred appointments at the stadium in the early days, an amendment in the criteria for referral for a test, followed by a national shortage of sampling kits, forced the suspension of testing there about a week later before testing resumed again.

The sampling rate at the stadium fell off again, with the national rate of testing also falling to around 1,500 tests a day, following the shortage of a specific chemical or reagent used in the lab testing process.

Last week, the HSE said the ability of labs to analyse those swab samples taken from patients around the country was hit by what it said it a global shortage of this reagent.

However, the HSE said it now hopes to more than double its Covid-19 testing capacity this week to around 4,500 tests a day after securing a supply of the chemical.

There have been many reports from around the country in recent days of people having to wait at least a week from their referral by a GP to get an appointment to attend at Covid-19 test centre, with many people waiting another weekbefore learning of the results of those tests.

In an effort to clear the testing backlog, the HSE entered into an arrangement with a lab in a major German city to perform tests on thousands of its samples.