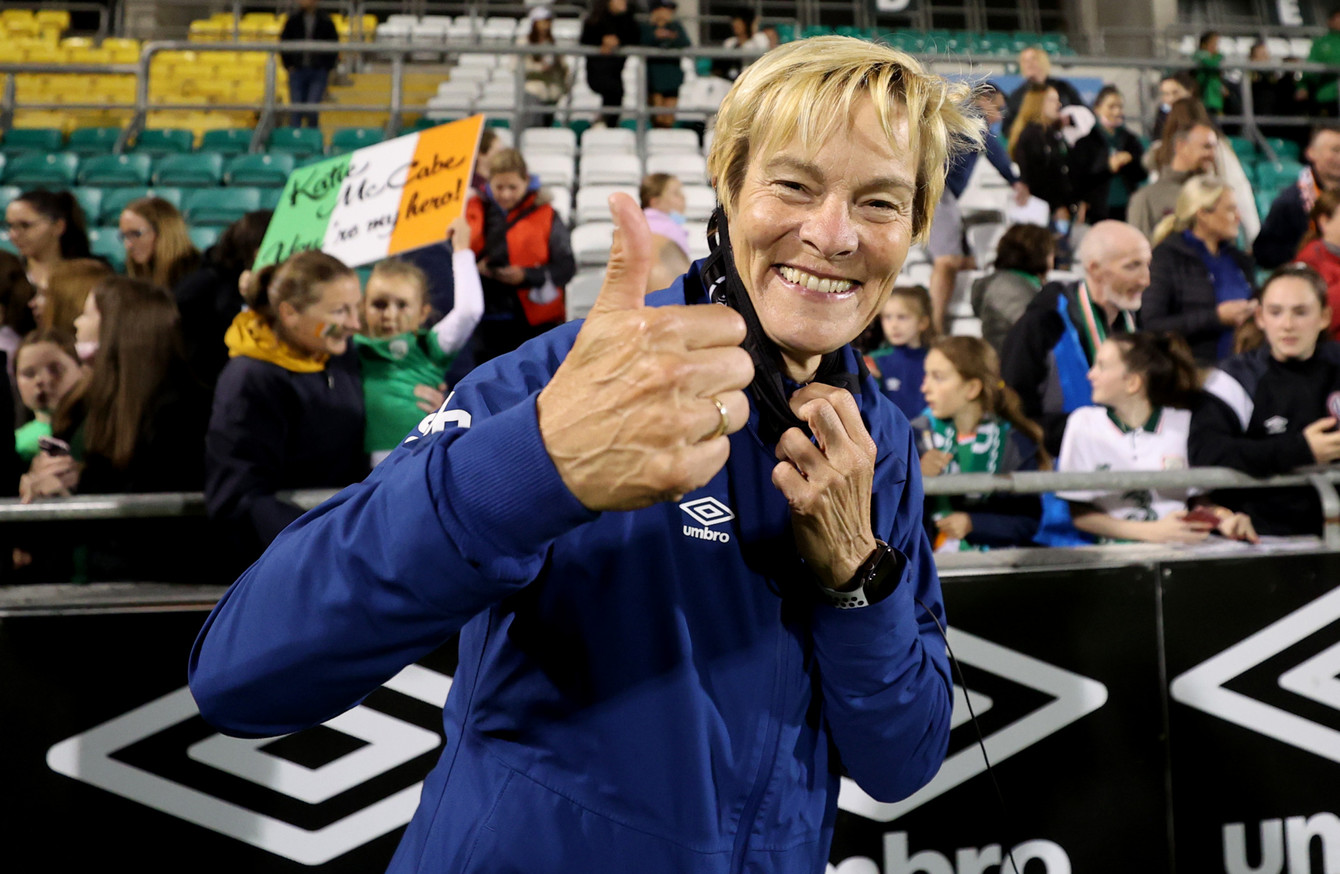 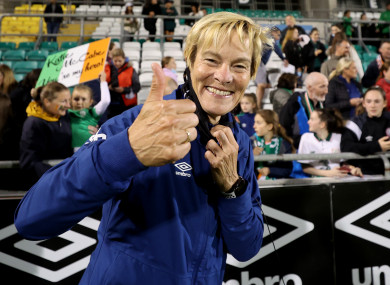 A dismal seven-game losing streak came to a run at Tallaght Stadium in the Girls In Green’s final run-out before their 2023 World Cup qualifying campaign belatedly kicks off next month — and the bid to reach a first-ever major tournament begins again.

With fans returning to watch Pauw’s side in the flesh, they were treated to an entertaining, mad-cap encounter.

The Mighty Quinns, Louise and debutant Lucy, and the ever-impressive Denise O’Sullivan all played a hand in Ireland’s goals in a chaotic shoot-out, as they spoiled the Matildas’ party on Sam Kerr’s 100th cap.

Irish-eligible 18-year-old sensation Mary Fowler was one particularly bright spark for the Aussies, playing a weakened team fresh off their Olympic exploits.

But the hosts, too, had their hands weakened due to injuries and other issues, so this result comes as a massive boost against a team 22 places above them in the Fifa World Rankings (Australia are 11th, Ireland 33rd).

“Fantastic mentally. What a bunch of tigers we have. We know now that we are on the right way and we will go our own path,” as Pauw told RTÉ after the game, before making her way across the pitch to delve deeper into it in media huddles.

One player in particular she hailed was matchwinner Louise Quinn. The 31-year-old’s 12th international goal came in the 49th minute and ultimately sealed the deal.

“What a tiger,” she told The42. “Let nobody tell me that we have overage players because that is what has been told… that it was time for new blood. You see her, I don’t think that is the case at all.”

The seven-game losing run coming to an end, and the manner it did, was understandably a big talking point too.

“You always ask about relief, let’s enjoy the process. I have never for one moment thought that we were not on the right track.

“We chose the best opponents to get better and of course there will be defeats but those defeats were 1-0s, 1-1 or mistakes from ourselves.

“We missed 11 players and five starting players. If you see the ones who came in and how they performed, it’s a very good win but it’s about next month. We need to [do] better than [Group A second seeds] Finland and that is the aim.”

“We had some good luck with the opening goal, we had some bad luck too. I knew the moment would come when results would turn and hopefully this is it.”

On recent criticism that may have been levelled her way, Pauw added:

“I have always felt support. We know what we are doing and what path the players are on. I understand you guys are critical and that the fans are counting the loses, but we see the kind of losses and the opposition.

“The fans were a big big help. When we did something special the reaction of the crowd brought a lift and the players though ‘wow this is magic’ it brought power to the players.”

Pauw also had words for the other L Quinn in the squad, both co-incidentally playing their club football at Birmingham City.

On English-born Lucy, who finally donned the green jersey tonight after a lengthy process — and sent a free-kick goal-bound after just three minutes, she noted:

“I had no doubt about her. I followed her every week of getting that passport and knew what she was capable of The fact she showed it immediately is all credit to her.”