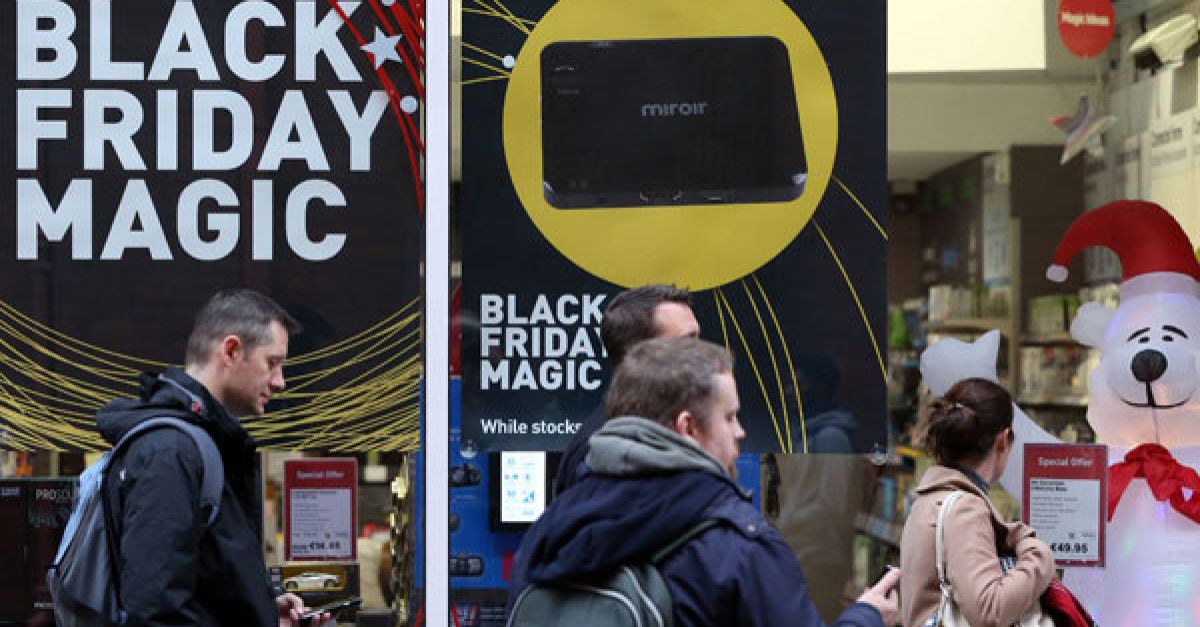 67 per cent of Irish shoppers feel Black Friday is a marketing gimmick designed to boost sales according to research by iReach.

The nationwide survey found that people think the event is just a way for retailers to sell non-essential items in the run-up to Christmas.

Black Friday has long been a staple in the US- held the day after Thanksgiving each year.

Shoppers often camp outside shops overnight to get in early in the hopes of finding a good deal.

The annual spending-spree has extended through the weekend in recent years, with many shops offering ‘Black Friday weekend’ deals, capped off by Cyber Monday when the focus switches to online deals.

This year, Black Friday will fall on November 20th and despite reservations, 45 per cent of Irish shoppers are planning on making a purchase during the sales.

This is up on last year’s figure when 38 per cent bought goods online or in-store over the weekend of Black Friday.

Almost one quarter of people surveyed said they are planning on making the most of the discounts by buying their Christmas presents this weekend, but 59 per cent admitted it was not an important day, or even and important shopping day according to 27 per cent.