Cork’s historic Queens Old Castle could be set for a new lease of life after a planning application to redevelop the iconic building was submitted to Cork City Council.The building, currently home to a Dealz shop, formerly housed Argos until it shut its doors late last year.
It has a storied history, having withstood the burning of Cork in 1920 and enjoying a previous life as a department store which was home to almost 40 shops and restaurants, as well as temporarily having a Penneys too.The new planning application was lodged by City Properties (Cork) Limited. It proposes the demolition and reconstruction of some internal and external elements of the building in order to form two new, smaller retail shops, fronting on to Grand Parade. It also proposes the change of use of “a large portion of the ground floor” at the rear of the building from retail use to “retail and co-working office use (where the former Argos store and current Dealz stores are currently located)”. 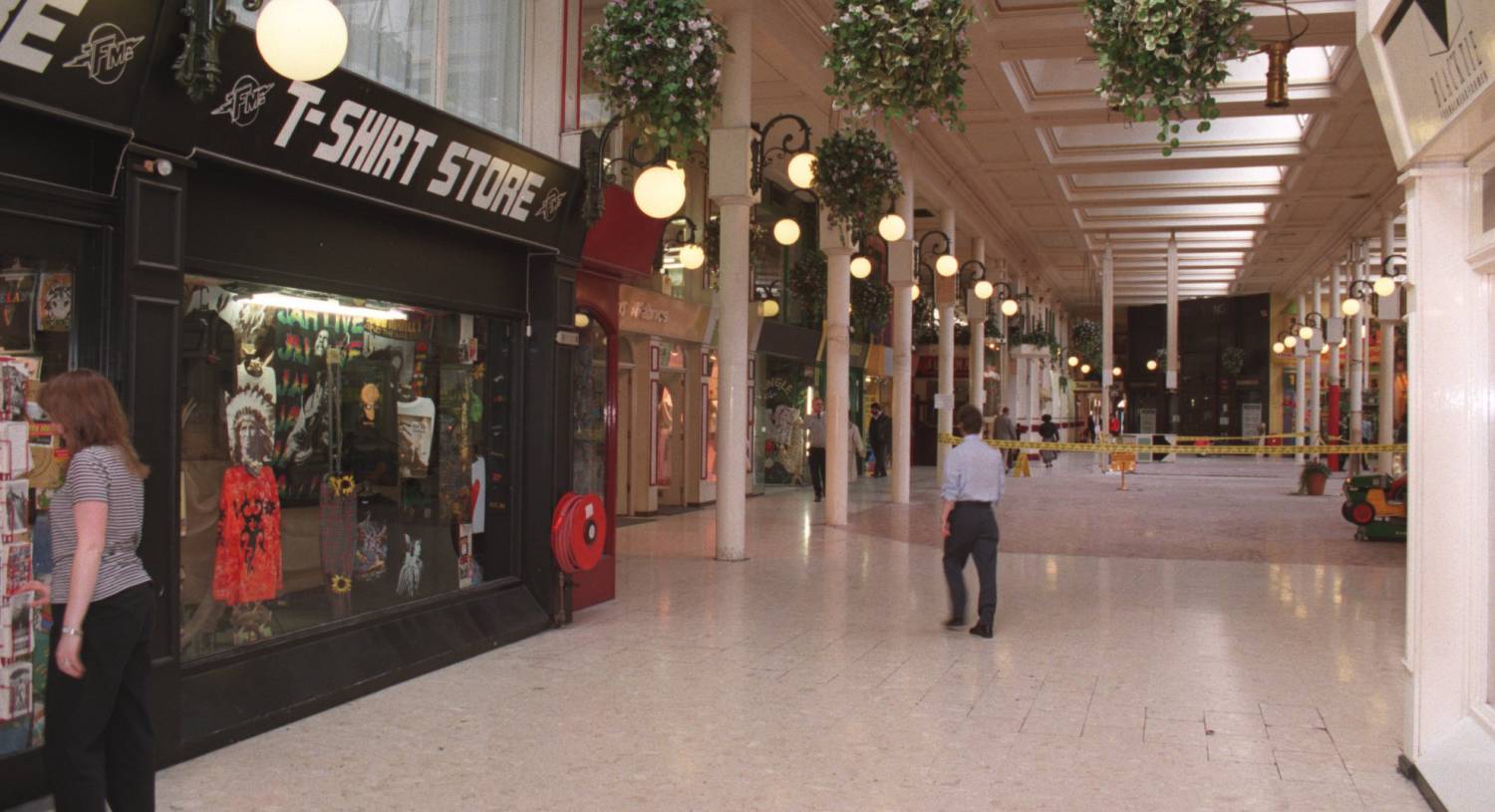 The Queens Old Castle pictured in the 1990s when it operated as a department store. Picture: Dan Linehan.Some 275 sq metres of retail space will be retained and some 3,383 sq metres of office/co-working space added, including meeting rooms and other facilities.Submissions are accepted until July 30 and city planners will make a decision by August 20.While Dealz continues to operate in part of the building, the closure of Argos late last year was a blow for the city. Recent weeks have also seen confirmation that a number of high street brands will not reopen on Cork’s main shopping streets, including Debenhams, Monsoon and Oasis.Lawrence Owens, chair of the Cork Business Association (CBA), said the revitalisation of “a semi-dormant” premises like the Queens Old Castle is a “vote of confidence” in the city.“The Grand Parade has enjoyed a real regeneration over the last five or six years and there is high occupancy there so this would be a great boost for the city too,” he said.
“It has been a very difficult few weeks for retail – not just in Cork, but nationally and internationally. Many plans which were on the table earlier this year might be off the table now and the landscape is a bit more unclear.”Mr Owens said he hopes to see some more clarity around other concerns in the city, including resolving the Debenhams stand-off to ensure the staff get a “fair and just settlement” and the building can be put back into good use, as well as seeing plans for the former Victoria Hotel move forward. A planning application to convert the historic city hotel into a retail unit was approved last year.READ MOREMajor transport problems await Irish cities in autumn, says expert
Source: Business News

Up to 9,000 jobs to be slashed from Emirates due to coronavirus