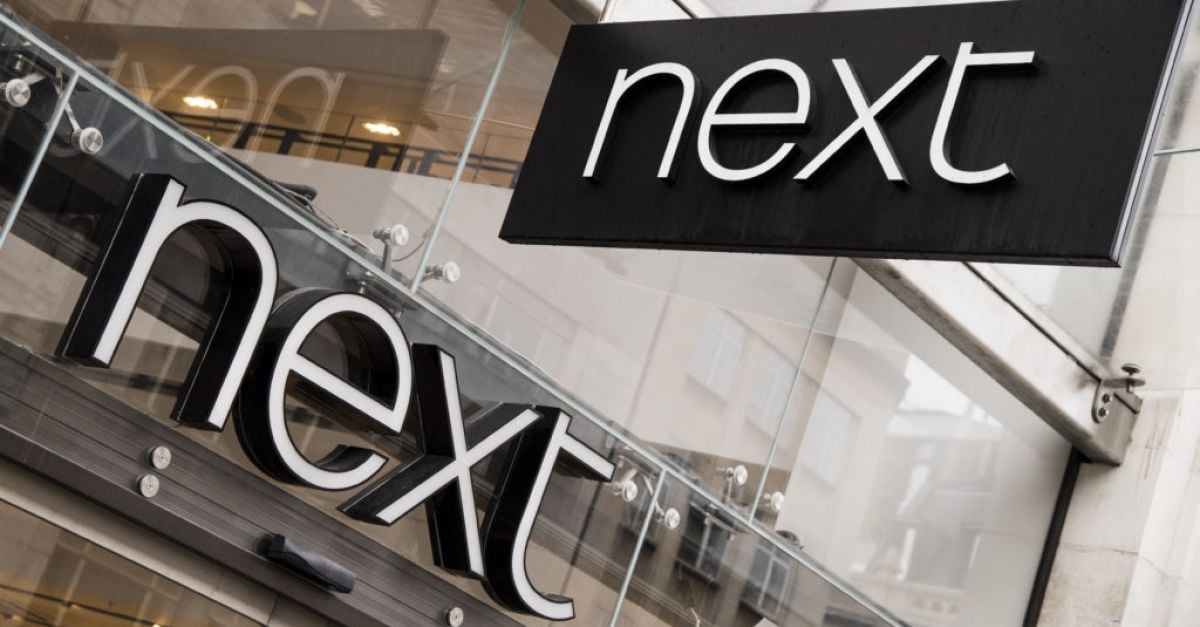 High street fashion chain Next has said profits for the last year were slashed by more than half after its stores were shut for large parts of it.

However, the group also raised its profit forecast for the current year, as it hailed soaring online sales in the past eight weeks.

Next told investors on Thursday that online sales over eight weeks from the start of February were “stronger than expected” and more than 60 per cent ahead of the same period two years ago.

The retailer said it is therefore expecting to post a pre-tax profit of £700 million (€821 million) for the current financial year, up from its previous target of £670 million (€786 million).

Outlining its outlook for the year, the group said it believes the consumer economy, at least in the short term, “will be healthier than many presume”.

Chief executive Lord Wolfson said it seems likely that a “combination of pent‐up demand along with a healthy overall increase in personal savings” will help to buoy consumer spending.

He told the PA news agency: “We can’t read too much into it yet but I think it’s clear that, for many, consumer finances are in very good shape.

“We never try to be overly optimistic, but I’d say we certainly are not pessimistic right now.”

The retail boss said he also expects some of the shift towards online shopping by customers to be permanent.

“I think some of the shift will stick, and I think that is perhaps something that might not have been permanent if we just had one lockdown, but because we’ve had three, people have changed their habits to a greater extent,” he said.

“People will want to shop in stores and online but it still feels early to predict how stores are likely to fare.”

The group said it is also working on the assumption that vaccine rollout will mean that its stores will remain open for the rest of the year.

However, it said it is unlikely to meet its sales and profits guidance for the year if this does not prove correct.

It came as the company said that its pre-tax profits slid by 54 per cent to £342 million for the year ending in January, compared with the same period last year.

It said this slump was driven by Covid-19 costs and lower sales due to lockdown restrictions, with group sales dropping by about 17 per cent to £3.6 billion for the year.

In a statement, Next chairman Michael Roney said: “I believe that in difficult times there is a clearer separation between the stronger corporate performers and the weaker ones.

“This result is due to the formation of a good management team and the establishment of robust processes during less volatile periods.

“Our continued investment over many years in our people and our systems has shown resilient results in the past year.”