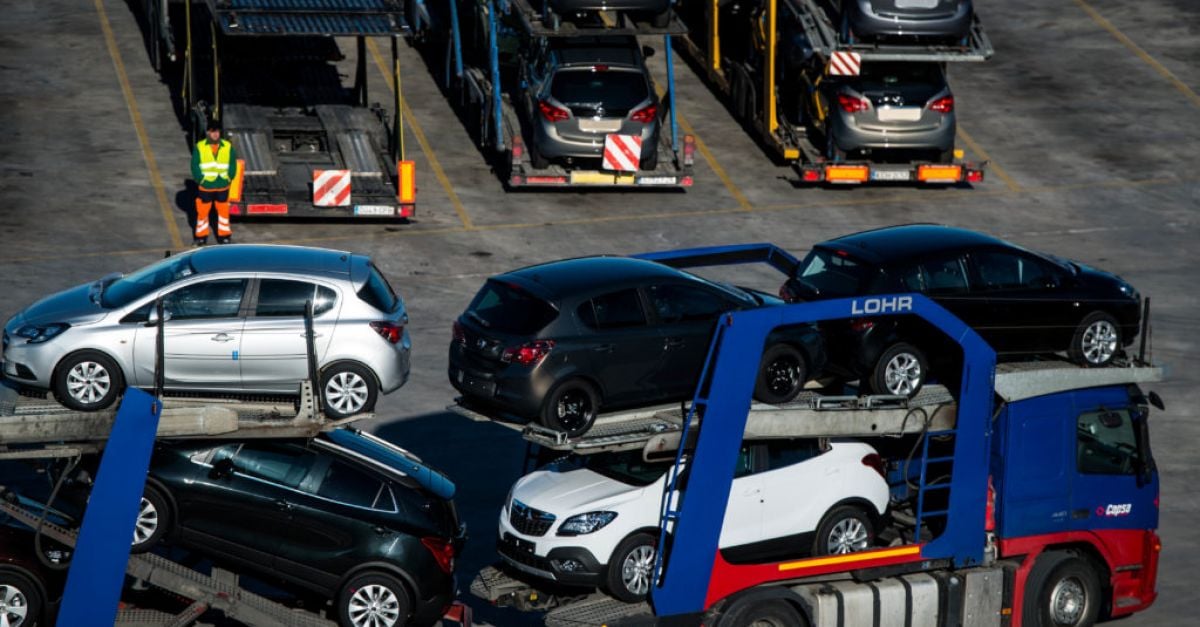 New car sales are down 26.5 per cent over the first 10 days of 2021, hit by Covid restrictions and delays due to the administration of new Brexit rules.

In what is traditionally the busiest sales month of the year, 9,765 new cars were registered in the Republic by January 10th, down 3,523 on the same period last year.

The latest Covid-19 lockdown means dealer showrooms are closed, with sales restricted to click-and-deliver operations, although servicing departments remain open. Most of the new cars registered would have been on order by customers from the end of last year.

On top of the Covid restrictions, increased administration due to Brexit has caused some delays in deliveries. In particular, dealers are reporting that parts supplies have been impacted, though many had built up stock levels prior to January 1st.

According to Robert Guy, director aftersales for Volkswagen Group Ireland, their planning has mitigated some issues, but significant delays remain. “We have done considerable work since 2016 to plan for the current situation, however it is fair to say that there are delays in all stakeholders’ systems. About 50 per cent of our trucks – which equates to about 15 trucks per week – are currently held up in Dublin Port.”

The first three months normally account for up to 57 per cent of total annual new car sales. Volkswagen Group Ireland and Ford have called on the Government to extend the current VAT reduction – from 23 per cent to 21 per cent – until the end of June. The lower rate is due to expire at the end of February.

VW Group says this would allow the Irish car market to counteract the effects of a curtailed market at the start of this year. The Group accounted for 28.4 per cent of the Irish new car market last year.

Volkswagen Group Ireland managing director Carla Wentzel said: “Limited collection and delivery of cars will continue within Government guidelines at retailers, that elect to do so, and our retailers can now do the majority of the sales process, from ordering a vehicle to finance approval remotely, but restrictions will still mean a greatly reduced market, and consequently a reduction in essential tax take from our industry. The continuation of the VAT reduction will go some way to incentivising new car sales beyond the traditional January rush.”

Figures for the first 10 days of this year show a significant shift away from diesel to petrol-electric hybrids. Diesel engines make up 34.6 per cent of new car sales, only slightly ahead of petrol with 34 per cent.

Petrol-electric hybrids, however, now account for 21 per cent, up from 15 per cent this time last year. Plug-in hybrid sales have also increased, now making up 4.4 per cent of sales, while fully-electric cars make up 3.25 per cent. In the first 10 days, 317 fully electric cars were sold.

Used car imports fell 7.7 per cent as new tariffs were applied to British imports from January 1st. Some 1,804 used imports have been registered in the Republic this year.

Alongside custom declaration forms, customs duty of 10 per cent is charged on cars from Britain, along with the usual Vehicle Registration Tax (VRT) and NOX emissions Levy. VAT is also charged on imports, regardless of the age of the vehicle. Previously, VAT was only charged on new car, or used cars less than six months old or with fewer than 6,000km on the clock.

An exception to these charges is for cars imported from the North, which are exempt from the 10 per cent customs duty. It is also not charged on vehicles that are built in the UK.