This will be the 109th edition of CSIO Barcelona, ​​the oldest international sporting event in Spain and host venue for the Show Jumping competitions at the 1992 Olympic Games.

Ireland won the prestigious Longines FEI Jumping Nations Cup Final in dramatic fashion in 2019 – a result which also secured Olympic qualification. After the cancelation of the 2020 Final due to Covid, Ireland have had a two-year wait to defend their title and this year’s squad, named by team manager Michael Blake, features a mixture of youth and experience.

The Irish squad for the 2021 Longines FEI Nations Cup Final in Barcelona is:

A total of twenty one nations, ten from Europe, three from North America, three from South America, two from Middle East, two from Asia/Australasia, one from Africa and another from Eurasia in addition to Spain as the host country, are qualified to take part in this long-awaited edition. 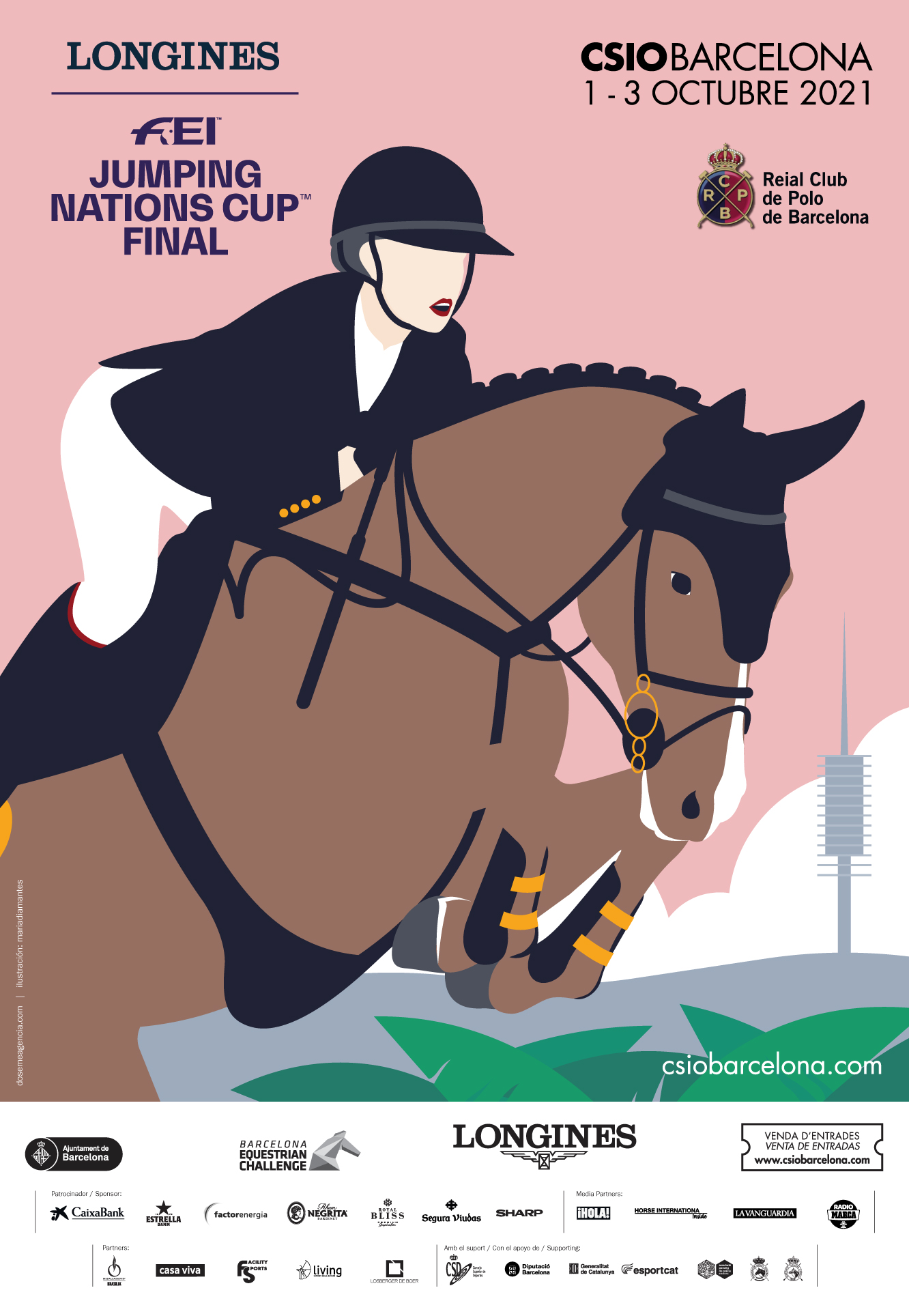