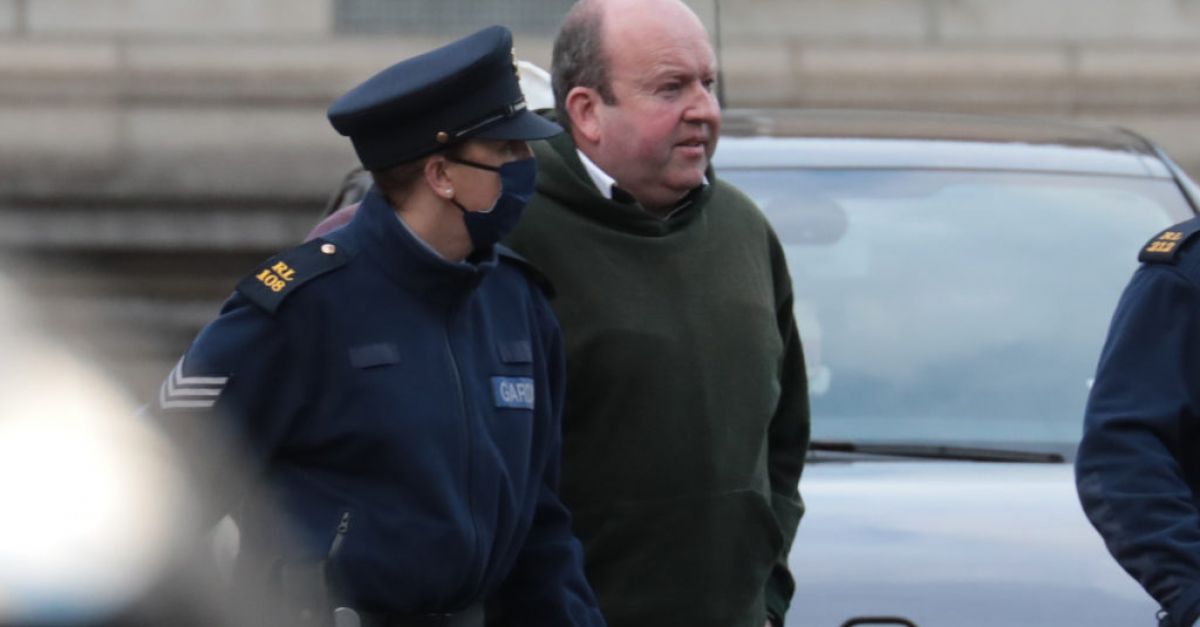 Two men jailed by the High Court over their interference with a bank’s lawful takeover of a farm and house which was the subject of a controversial eviction in 2018 are to remain in prison after refusing to purge their contempt.

Michael Anthony McGann, who owns the property at Falsk, Strokestown, Co Roscommon, and Kevin Taylor, a retired garda of Dublin Road, Longford, were among three men arrested at the house last November for interference with efforts by KBC Bank’s agents to secure the property following the eviction.

They were found to be in contempt a week later and lodged in Mountjoy Prison.

On December 23 last, the third man, Colm Granahan from Ballina in Mayo, purged his contempt before the court and was released.

The two others remained in prison and at Thursday’s sitting of the High Court Ms Justice Leonie Reynolds reviewed the cases via a remote hearing.

Mr McGann said he has got a solicitor to represent him in the proceedings, but was not prepared to purge his contempt.

Rossan Fanning SC, for KBC, said that the men had been in Mountjoy for some time.

While the bank did not wish to see the men in prison, the ball was in their own court in relation to securing their release as Mr Granhan had done.

Mr Fanning added Mr McGann has continued in correspondence, to parties including the courts services, and the Minister for Justice Helen McEntee, to contest the legality of the repossession order obtained by KBC arising out of a €431,000 debt on the property from a loan to Mr McGann, its registered owner.

Monaghan businessman ‘will not budge’ and will rem…

This correspondence, counsel said, was not relevant to the contempt proceedings.

After the two men indicated that their positions have not changed Ms Justice Reynolds said they must stay in prison and put the case back to April.

She said Mr McGann and Mr Taylor were well aware they can apply to purge their contempt, and that Mr McGann’s solicitors can make an application they wish, at any time before the next review hearing.

Bank of Ireland to close 103 branches across island