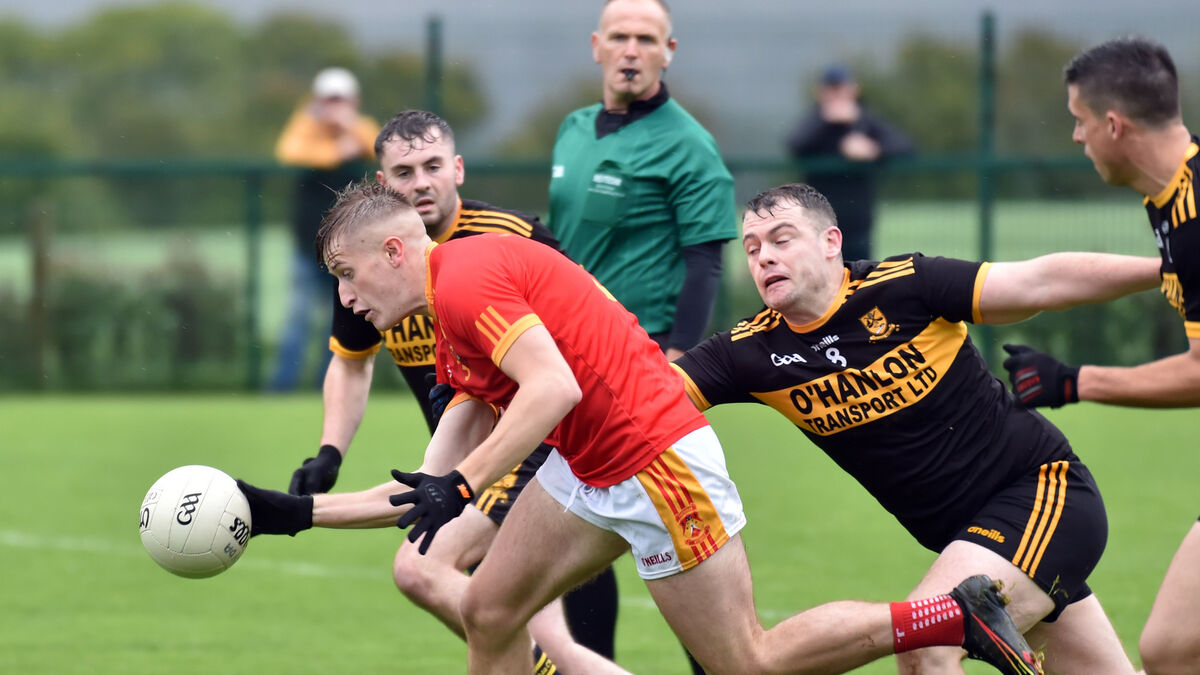 Mallow put themselves in the box seat in Group C of the Cork SAFC after their second win in two, this time over near-neighbours Clyda Rovers.

Despite the large number of handling errors that were more than excusable in wet conditions, the sides served up a quality championship tie in Glantane.

Mallow’s second win sets them up nicely for the quarter-finals. However, their manager Keith Moynihan was only too aware that improvements are required if they are to make it back to the showpiece game for the second time this year.

“You could see yourself really that it was only the last five or six minutes that we got the few extra scores that killed it off. We were very worried there in the last quarter that they were coming at us and one lapse could have seen them through.

“Having said all that it’s a win. Happy with the win and now it’s on to round 3 where we have another job to do.”

In the other camp, Barry O’Leary also felt the conditions didn’t help but he’s clear his side are still in this year’s championship.

“Of course it was tough today. The scoreboard may say nine points between us at the end but it wasn’t like that really.

“We have three weeks now to get ready for another big game – it’s an all-or-nothing championship game that we have to win. If we win we are through if we don’t we are not. We would have taken that at the start of the year.”

Considering the conditions this one was always likely to be a low scoring affair and that was clearly evident by the time the teams stopped for the first water break, Mallow leading by 0-3 to 0-2.

A point in the opening minute from Mallow’s Darragh Moynihan was cancelled out on 10 minutes by a free from Conor Flanagan.

Clyda hit the front less than 60 seconds later with a classy finish from Fionn O’Shea but Mallow dug deep and points from Kevin Sheehan and Cork U20 Sean McDonnell had the men in red in front by the minimum.

The second quarter was another dogged affair with a couple of big frees from Eoin Walsh keeping Clyda close.

Mallow were growing in confidence and bagged 1-1 in less than a minute turning this one on its head.

A classy score from Ryan Harkin was followed by a soccer-style goal from the ever-willing Kieran O’Sullivan. Mallow led by 1-4 to 0-4 at the break.

Clyda struggled against the breeze in the second period and failed to score but for Mallow, some classy scores from McDonnell, Sean Hayes, Ryan Harkin, Matty Taylor, and Peter Attridge secured what ultimately turned out to be a solid win.