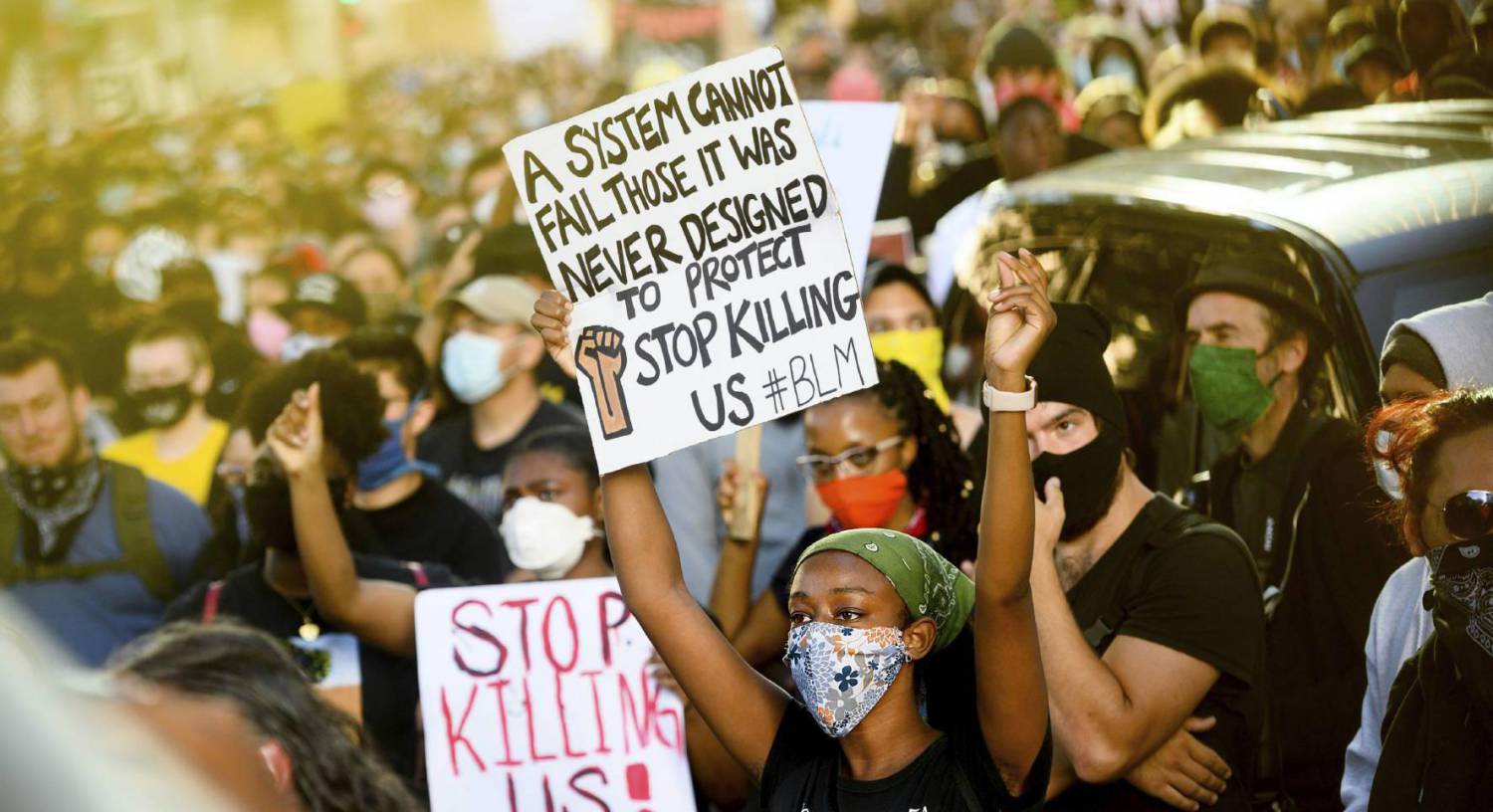 In 2006 a African-American sportswriter called William C Rhoden wrote a book on the experience and dilemma of the US black athlete with the eye-catching title .

For a good while the project had another working title: . A bit like the Israelis who fled Egypt seeking the Promised Land, America for generations of European immigrants, including Irish, represented a land of milk and honey as well as the free.

For enslaved Africans though, first brought to those shores 400 years ago, America was their Egypt. They didn’t land on Plymouth Rock; as one Malcolm X pointed out, Plymouth Rock landed on them.

“The quest to find the Promised Land in this New Egypt has been for many a never-ending journey through a succession of ostensible Promised Lands, none of which turned out to be the final destination,” Rhoden wrote.

It even applied to professional athletes on multi-million dollar contracts, he elaborated.

While the public perception might have been that they had reached the Promised Land and their success represented proof and validation of the American Dream, it actually obscured the “reality of exploitation and contemporary colonisation”.

When baseball allowed a Jackie Robinson to play in its major leagues, it wasn’t as if negro-league franchises and owners were assimilated as well.

The white wealth-black labour dynamic of the plantation had not changed. White power was still being perpetuated.

Two years after Rhoden’s polemic was published, Barack Obama was elected president of the United States, but as the past week has shown with the death of George Floyd, America is still grappling and struggling with the dynamic that was the foundation of its powerful but totally inequitable economy and society.

“I see us as being on this massive merry-go-round,” Rhoden observed last weekend. “When it stops you haven’t gone anywhere. You get out at the same spot.

“The power dynamic has not changed. All you can do is run as hard as you can run and hand it off to the next generation, but there is no end to this race.”

Each generation of black athletes has been the same. They may have differed in their style but not in their speed: Flat out, just like a Jesse Owens or Tommie Smith and John Carlos.

Then in the 70s and into the 80s, the leading athletes tried a different tact.

Julius Erving, AKA Dr J might not have been as inoffensive as OJ, but, as a young Michael Jordan observed, “Dr J was the first player to combine dramatic athletic ability with a clean, positive image off the court that connected with corporate America. In that sense, he made it possible for me to take the next step off the court.”

And so Jordan went out to dominate in that sphere, just like he dominated his challengers. As a magnificent recent piece by ESPN’s Wright Thompson explored, Jordan was not as apolitical as the public narrative of him is.

Jordan grew up in Wilmington, North Carolina. He grew up only a few miles from where his ancestors would have been slaves.

Just before the turn of the 20th century, Wilmington was considered “the freest town for a negro in all of the country”.

Ten of its 26 policemen were black. Black magistrates sentenced white men. Sixty percent of its residents were black, a place, as Thompson wrote, where they needn’t look down as they passed a white man on the street.

All that changed in 1898. On the eve of an election, a group of mostly Irish immigrants as the muscle for a small cabal of elite white citizens rode into town and killed over 60 black people. The local black newspaper, the only one of its kind in the country, had its offices burned down.

For Thompson, the Jordans processed a certain lesson and value system from that experience, just like so many other rural African Americans.

The only way you could survive and succeed in America and protect your family was to work twice as hard as everyone, especially whitey. And nobody worked as hard or mastered their craft as much as Michael Jordan. That was his response and revenge for Wilmington ’96.

Descendants of that Irish muscle would have bought his shoes for a brand he now owns. He didn’t just fight the power — he became the power.

“How can Michael Jordan’s life be apolitical?” Thompson concludes. “[It] is as much an act of protest as carrying a sign or speaking out against a war.”

This generation’s standout player has taken a different approach. LeBron James would represent the redemption and hope that Rhoden hinted at in his subtitle.

He hasn’t been content to just shut and dribble. He recognises that the merry-go-round has remained the same — and that at some point it has to change.

In his own shoe ad last year, he narrated: “We always hear about an athlete’s humbling beginnings. How they emerged from poverty or tragedy to beat the odds.

“They’re supposed to be the stories of determination that capture the American dream.

“They’re supposed to be stories that let you know: These people are special. But you know what would be really special? If there were no more humble beginnings.”

That is at the heart of the current chaos in America. The disillusionment and anger of black people is not just a reaction to police brutality but violent poverty, each stemming from racism — slavery.

As Martin Luther King pointed out, no other ethnic group has been a slave on America soil. While European immigrants could join the land rushes out west and in the Midwest, black slaves were given no such economic base.

Right now America is a country if not at war with itself, is at least eating itself, tangled up in its own exceptionalism and self-mythology.

The supposed land of the free has a privatised prison system which now has more black people behind bars than it had in chains back in 1863.

A state where slave-owners declared all men were equal still hasn’t arrested officers two, three and four who were complicit in the murder of Floyd.

For eight of the last 20 years, the supposed greatest democracy on earth has had a president that lost the majority vote, propped up by an outdated and inequitable electoral college.

The past week, and indeed the past three months — three and a half years — has underlined the failures and limitations of the two-party system and each of those two parties.

A man who still isn’t in favour of universal health care and just last week told a concerned black voter that if he don’t vote for him, “then you ain’t black”? Is Joe Biden really the one to shout stop to this merry-go-round?

In Spike Lee’s 1989 highly-charged study on race and bigotry, , there’s a scene in which the character he plays, Mookie, confronts the hypocrisy as well as racism of John Turturro’s Pino, an Italian-American.

Pino openly makes racial slurs yet, as Mookie points out, his favourite sportsperson is Magic Johnson, his favourite musician is Prince and his favourite actor is Eddie Murphy. “But they’re not really black!” argues Pino.

A few days ago the former NBA player and now ESPN analyst Jalen Rose spoke about how that thinking is still pervasive.

“I wish America loved black people as much as it loves black culture. We’re not designed only to entertain. We’re actually living, breathing human beings.”

At the end of , a policeman chokes a young black man to death, triggering Mookie to kick off a riot and the burning of the pizzeria where he and Pino worked and Pino’s dad owned.

That was over 30 years ago and still black America is having to fight the power.

Something has to change. Namely, America. But the frightening thing is, it doesn’t seem capable of that.

Lowry in the hunt after round of 69 in Ohio

VAR in the spotlight again as Tottenham held at Bournemouth