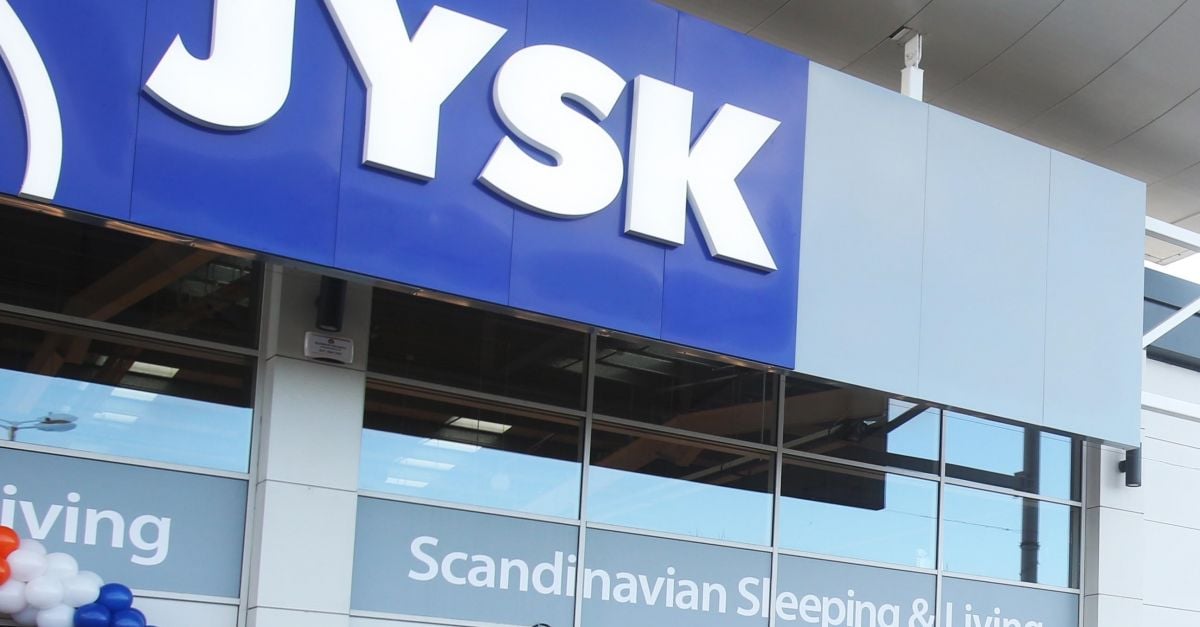 Danish home retail brand JYSK have announced they will open three new stores in Ireland by June this year.

The chain currently have nine stores around the country, selling furniture and homewares, with the new stores will be opening in Carlow, Tralee and at Eastgate Retail Park in Cork.

JYSK first opened its doors in Ireland in 2019 and currently employs 112 people here, in addition to the 40 new jobs that will be generated by the three new stores.

The company’s country manager for Ireland and the UK, Rone Tuominen said JYSK is committed to expanding its presence in Ireland, hoping to reach its target of having 15 Irish stores by the end of this year.

“We are very confident in the Irish market and in our customer’s love for JYSK. There is a great appetite for home furnishing products, perhaps now more than ever, with so many of us spending more and more time at home.

“We are delighted to bring JYSK to Carlow, Tralee and Eastgate Retail Park in Cork, and we look forward to welcoming and meeting new customers in our new locations this year.”

Under current Level 5 restrictions, JYSK stores nationwide are closed, however customers are still able to shop on their website.