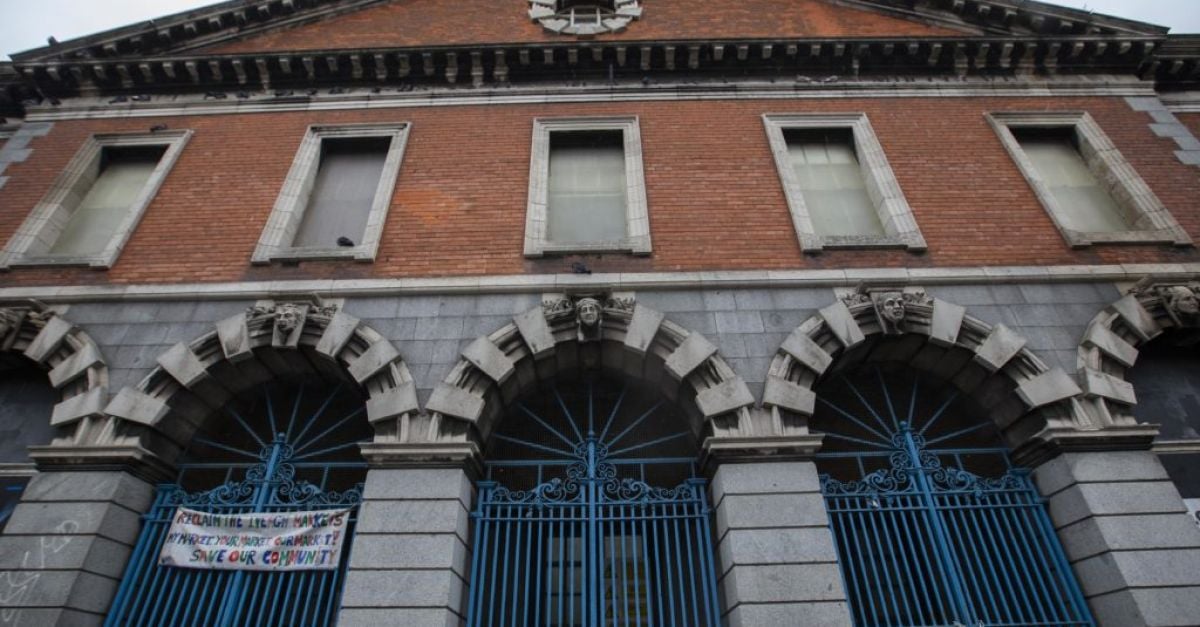 A High Court judge has urged parties in a dispute over ownership of Dublin’s Iveagh Market building to look at mediation.

Mr Justice David Barniville said he “strongly encouraged” those involved to consider resolving the dispute through mediation when he adjourned an application to have a case over the matter admitted to the fast-track Commercial Court.

Dublin hotelier and publican Martin Keane, and three of his companies, Slatterys, Traditional Iveagh Market and Iveagh Market Hotels, are suing Arthur Edward Rory Guinness, whose ancestor, the First Earl of Iveagh, built the market in the Liberties more than 100 years ago.

Mr Keane claims a month ago Mr Guinness’s agent organised the unlawful forcible re-entry the market building by a gang of men under cover of darkness and replaced locks and gates. On December 17th, there was an alleged second forcible incursion, he says, into an area of land housing the market superintendent’s house at the back of the building known as the “Disinfectant Lands”.

People who were in the property with Mr Keane’s permission were threatened and forced out and locks were broken and changed, he says.

He and his companies seek an order for possession of both the market building and associated land as well as damages for trespass and unlawful interference with business relations and conspiracy.

Mr Guinness, of Elveden Estate near Thetford in England, says in an affidavit seeking entry of Mr Keane’s case to the Commercial Court, says he will defend the claim fully and it will not succeed.

He says he is the lawful owner and says Mr Keane and his companies have not referred to any legal basis for the possession order and trespass claim. It is, he says, a “shallow attempt” to abuse the court process in order to delay his efforts to protect the property.

He says the Iveagh Market is a protected structure and national monument and having been in the care of Mr Keane and his companies for the last quarter of a century has been damaged.

He claims the market buildings were filled with large amounts of waste including used cooking oil in five litre drums and broken wood and rubbish. There are also antiques of the sort used to fit out pubs including street furniture with the logo for St John Gorgarty’s Pub, one of a number of Temple Bar hostelries owned by Mr Keane.

There has also been damage to the fabric of the building with large openings made in certain walls and the floor in the “dry market” area has been excavated to three metres, he says.

The market was built for the benefit of the inhabitants of Dublin in order to address significant public health concerns at the time in relation to typhoid and to alleviate poverty in that area of the city by providing a community amenity, he says.

It has not been used as a market for over a quarter of a century and the First Earl made the property available conditionally for the citizens, through Dublin Corporation, now Dublin City Council. In a 1906 deed entrusting the property to the council, it provided they would revert to Mr Guinness in the event they ceased to be used as a market, he says.

Essential repairs alone are estimated to cost €13 million while restoration may be more than €30 million, he says.

Mr Keane has brought separate proceedings against the city council over its refusal to grant planning permission for redevelopment on the basis of want of sufficient legal interest in the property by Mr Keane.

In a replying affidavit to Mr Guinness, Mr Keane disputes the defendant’s claim of ownership and that he and his companies have been responsible for the care of the property for the last quarter of a century or that the city has been denied the benefit of the market for that period.

The unconstitutional approach towards re-entry by the defendant last month, on two occasions, was disturbing, he says.

The claim the property has been neglected is at variance with what actually occurred and was not the subject of unlawful works. Not only did he and his companies pay substantial amounts to the council as part of proposed redevelopment plans, they also incurred substantial costs in relation to archaeological investigation, he says.

Mr Justice David Barniville said he was anxious that Mr Keane’s proceedings against the city council also be admitted to the commercial list. He adjourned the case for two weeks so that the council could be represented and to hear all the parties on the question of mediation.

Bank of Ireland to close 103 branches across island