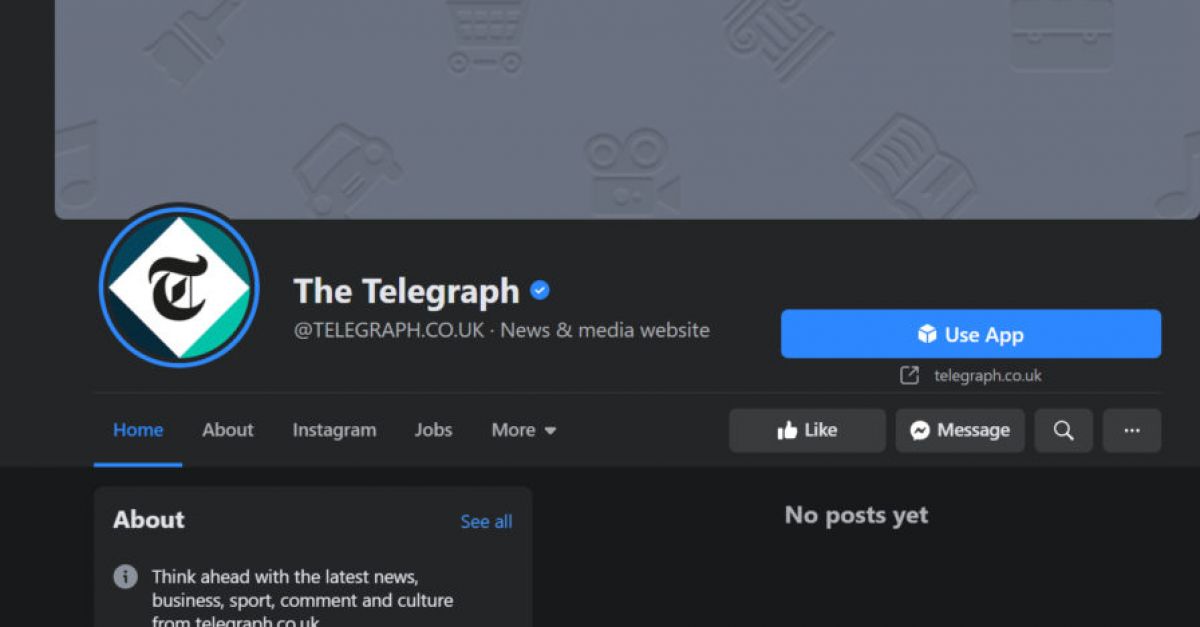 Content from British media outlets Sky News and the Telegraph newspaper disappeared from Facebook for a period on Thursday evening, following the social network’s decision to ban news posts in Australia.

While the main pages for both remained accessible on the platform, all posts were hidden to users in the UK.

The tech giant is blocking the sharing or viewing of news links on its platform in Australia in response to a proposed law compelling tech giants to pay for journalism.

The move not only affects people in Australia accessing news by the country’s publishers and broadcasters via Facebook, but also their access to international news content.

The tech giant is yet to confirm whether the content may have been accidentally affected by its action in Australia.

Posts reappeared on both news organisations’ pages sometime after 6pm.

The country’s new code would create an arbitration panel to set a binding price for news in situations where Google and Facebook do not reach deals with media businesses whose original journalism they link to.

Facebook announced the decision on Wednesday, saying the proposal “fundamentally misunderstands the relationship between our platform and publishers”.

Media giant News Corp has struck a deal for Google to pay it for news as Australian politicians debate amended legislation to create the code.

British MP Julian Knight, chair of the UK parliament’s culture and media committee, said: “Facebook’s actions in Australia should be of great concern in the UK at a time when our own Government is bringing forward legislation to regulate social media companies.

“Facebook has shown its absolute disregard for the public interest, being all too ready to use its power to further its own agenda.

“The DCMS Committee is deeply concerned that trusted news sources are promoted, to combat the scourge of misinformation and will be ensuring the Online Harms legislation is tough enough on this.”