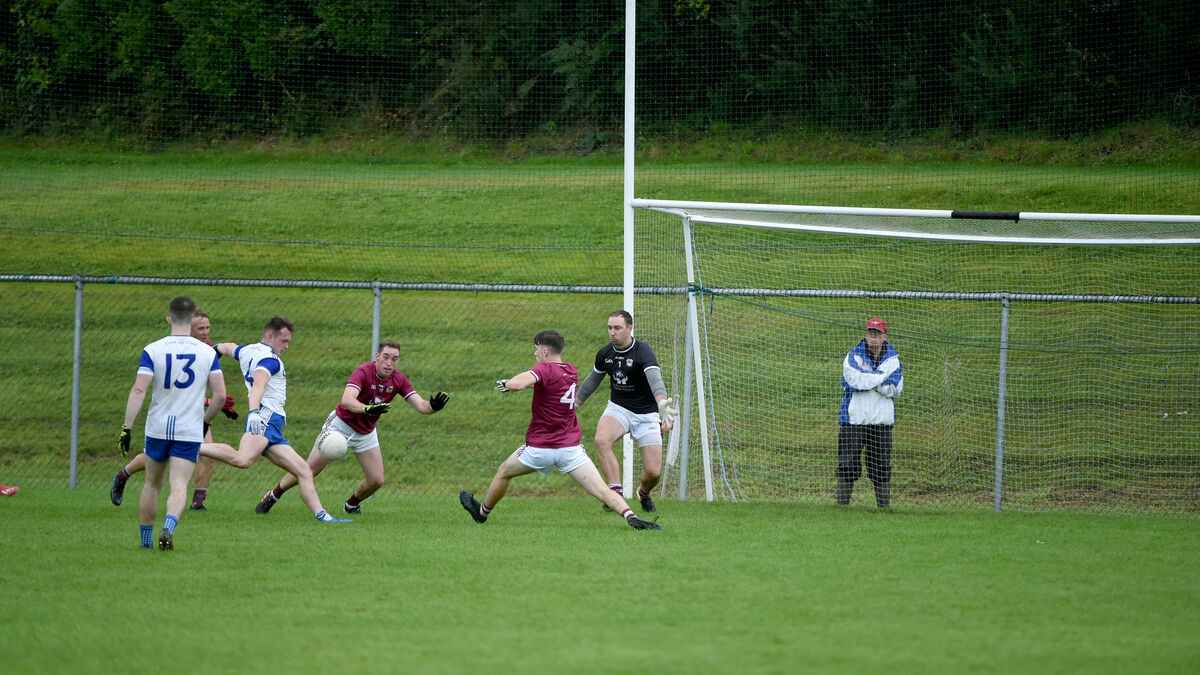 The Knocknagree fairy tale continued in Carrigadrohid on Sunday as they recorded a comfortable victory over Bishopstown in Group B of the Bons Secours Cork SAFC so secure safe passage to the knock-out stages.

It was a game that the 2017 county junior champions were in control of as soon as Fintan O’Connor goaled in the 10th minute following good work from James Dennehy, Gearóid Looney and Eoghan McSweeney to give them a 1-2 to 0-1 lead.

Their manager, John Fintan Daly, has been there every step of the way and understands more than anybody the nature of their success.

“I think Bishopstown came here with a plan, and they really put it up to us. To be fair to them, they’re going through transition at the moment and we’re on a roll and mentally, momentum is everything, and in any sport, they’ll tell you that. We’re taking that at the moment because it’s coming to us; our day will come when it won’t happen so we have to make the most of it while we can.

“My big thing after winning last year’s Premier IFC was not to become a yo-yo team; that we could be at senior football for two months and then drop back to Premier Intermediate because of the way the championship is. I just wanted to keep our status for a year, that’s not to say that we’re not ambitious, but we’re delighted, after winning two from two and you can’t ask for more.”

Ultimately, the Duhallow outfit were the more balanced side. Four of their six forwards scored from play in the first half, as did impressive wing-back Michael Mahoney while their rivals from the city were over-reliant on their impressive corner-forward, Simon Collins.

His four first-half points meant that the Town were in contention at the break, trailing by 1-7 to 0-7, though they would play into the wind on the resumption. They tried to utilise Denis Crowley’s talent under the high ball, but he was well marshalled by Daniel O’Mahony throughout.

Knocknageree were at their most impressive in the second half as they played with poise and composure. Gearóid Looney knocked over three points from play while debutant David Twomey scored his second point while also being fouled for two frees that O’Connor converted with O’Connor also registering a point from play.

Bishopstown just didn’t have enough up front though Collins, Liam O’Driscoll and Colm O’Driscoll did find their range. It leaves them facing into a tough final game against Kiskeam to avoid relegation, while Knocknagree take on St Michael’s to see who takes top spot, and Daly is just taking every game as it comes.

“Before a ball was kicked in this championship, St Michael’s were installed as favourites, and they’re still favourites. But we’ve a free shot, I suppose they’ll feel the same way.”