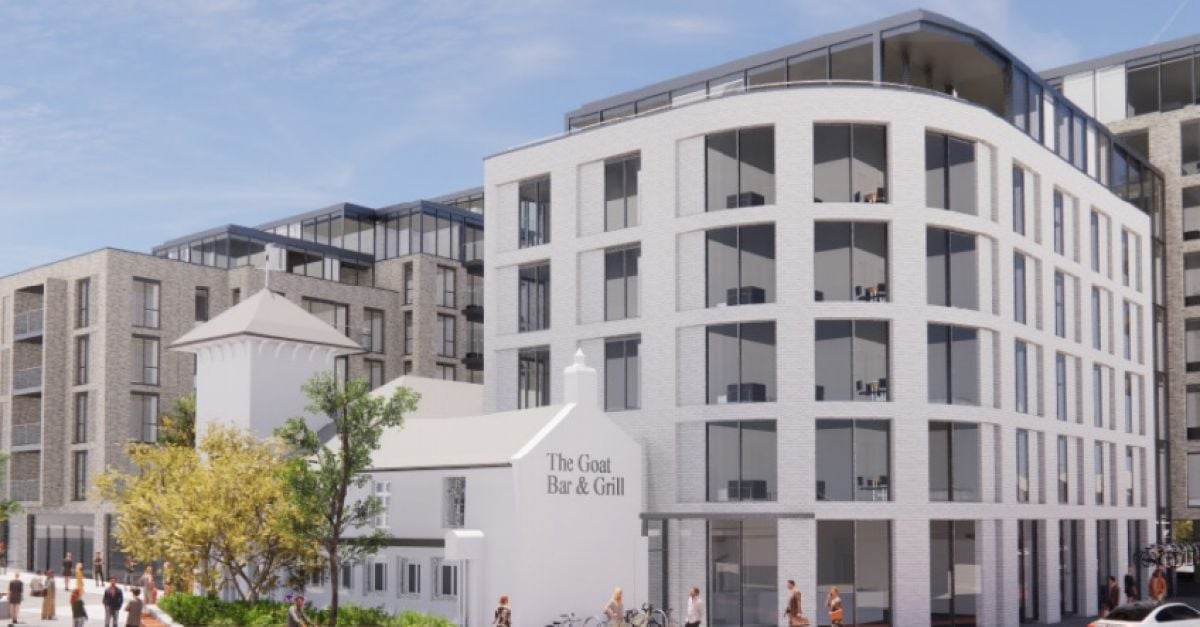 Publican, Charlie Chawke has lodged €186 million ‘fast track’ plans to construct 299 apartments on a site beside his Goat Grill bar in Goatstown in south Dublin.

In the plan, Mr Chawke’s Charjon Investments is seeking permission from An Bord Pleanala for the Strategic Housing Development (SHD) scheme made up of 299 apartments, a 22 bedroom hotel, six retail outlets, child-care facilities along with the renovation and extension of the Goat Grill.

The development on the 4.6 acre site is made up of four apartment blocks ranging from five to eight storeys in height.

Mr Chawke said today: “We are offering something to Goatstown that it hasn’t had before. It is always something I always wished to do – put a hotel and apartments there and clean up that site. It is lying idle for an awful long time now.”

On the density of the development, he said: “You can’t be building low density developments nowadays.”

If planning is granted he hopes that construction work will commence before the end of this year.

The Council local area plan for the Goat Grill site specifies that only developments of three storeys with an additional set-back storey can be built.

As part of the plan, Mr Chawke’s firm has put an indicative price tag of €16.4 million on 30 apartments it is proposing selling to Dun Laoghaire Rathdown Co Council to comply with social housing requirements.

The Council local area plan for the Goat Grill site specifies that only developments of three storeys with an additional set-back storey can be built.

Mr Phillips said the scheme’s density is clearly in line with National Policy that has set out the need for increased residential densities in appropriate locations.

He said the current height limitation for the site in the Goatstown Local Area Plan “acts as a barrier against this”.

A decision is due on the application in June.